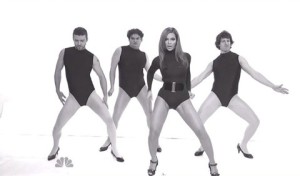 I was having deep convos with my homegirl, and of course I was inspired to write this next blog about the misconceptions of being a single female, vs. a single male. I find it amusing that if you are single, there are four adjectives to describe us: 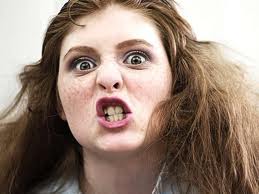 Because of course if you are single you’re a man hating she-devil and think all men are spawns of Satan.

Our fave movie is ‘Waiting to Exhale,’ we championed Left Eye when she set her boyfriend’s house on fire, and we constantly have a stank attitude because ‘n*ggas ain’t sh!t.’

One is the loneliest number, didn’t you know? Who can we cuddle with when it rains?? What’s a girl to do?

Lonely girls= Sad/Desperate. As in, we get drunk and hook up or flock to anything with a penis that says we look ‘ sexy.’

That sounds pretty accurate [insert sarcasm here.] Now these terms of endearment can be applied to men as well, however if you were too ignorant to notice this, there are indeed double standards when being single. When a guy is single it’s because of a few reasons:

3. He’s really busy. ( No time to do things like return texts/calls, spend money on ‘dates’, be consistent.)

4. He’s not interested in being a relationship. (Usually the case with many a single male.)

Now riddle me this. Why is it totally acceptable for a guy to be single? It’s never questioned, it just is. But GOD FORBID a girl be single there MUST be something wrong with her.

Did anyone ever stop to think that maybe she WANTS to be single? Like really. I have a few girlfriends that are single by choice. YES it can be a choice. I know this is shocking. But really.

For example, I have a friend I would describe as a free spirit. She’s really into traveling and meeting people and having adventures. She doesn’t see herself getting married, she just likes to live in the moment ( after all y.ou o.nly l.ive o.nce- see what I did there?!). Anyone who has met her can see she is very beautiful, smart, and charming. She could date anyone she wants, she chooses not to. So what the hell is the problem??

The thing is, all of us single gals can get a boyfriend. It’s not really that hard. All of us have experienced at some point a pressed individual who falls in love with us instantly and we’re not interested. We are single because we are CHOOSING to wait for the one we actually like and want to date. This could take awhile, because we got our shit together, and expect the same from our counterpart. It just REALLY grinds my gears that single people are blacklisted and automatically labeled as fails because we’re not in a relationship. When in fact, I know some pretty unhappy people who are in relationships. So what does that say about you? Think about it. Next time you make some flippant comment about why some girl is single, why don’t you stop assuming that she’s lonely, sad, angry, and bitter, and think ‘hmmm…maybe she just hasn’t met the right one yet.”

I can't eat biscuits, but I have a better idea ...